Briggs Amasco designed, supplied and installed a mastic asphalt roadway without hindrance to other on-site trades with a 40 mm Permapark asphalt application providing long term protection to the Permatec Waterproofing installed to the haul roads at the Battersea Project London.

The Permatec waterproofing was required to be installed early to allow the installation of the energy centre below podium level, it was determined pre-contract that the waterproofing would not be able to withstand the high traffic loads that would transit the podium during construction, various protection methods were reviewed and Mastic Asphalt was the only product that would allow arctics and mobile cranes to use the surface over a period of 2-3 years without pulling up the damaging the protection and importantly the waterproofing.

Re-use time was also critical on this 24/7 project, where we had to close the haul roads out of hours and within 3 hours of laying, these were re-opened for use. This was achieved thanks to mastic asphalt’s rapid application and cool time, along with BriggsAmaso’s successful implementation of a works schedule drawn-up in conjunction with other trades.

Weight was also a consideration, a hot rolled tarmac product would have to be 3 times as thick to withstand the traffic loads and would have to be removed post use due to the excessive weight on the podium. We were also concerned with frost heave that can occur using HRA. Mastic Asphalt is void-less so this problem does not occur.

BA developed a specific anti-slip finish that was bonded to the surface which enhanced the indentation resistance and provided the highest level of grip normally associated with trunk roads providing the safest environment possible.

Due to the long term weight limits allowed on the podium, slab accuracy was paramount, using our state of the art asphalt finisher allowed a precise finish and depth of product, this also provided greater time and cost certainty that may not be achievable with the hand lay asphalt that can have a tolerance of +/-7mm.

In general terms using a traditional hand lay application it is possible to lay 36 tonnes of product per day, however using the finisher allowed us to double production to 72 tonnes per day; this without any additional manual labour from our trained installation crews.

At the end of the project, due to the landscaping finishes some of the Mastic Asphalt will have to be removed, this is easily undertaken using road planers; there can often be a risk of damaging the waterproofing during this operation, however as we have used the finisher and know the precise thickness we will set the computer controlled planer to remove 30 mm from the protection and be certain of leaving the waterproofing intact and functioning for the life of the structure.

The Battersea Power Station project is one of the largest, most eagerly anticipated mixed-use developments in Europe. It’s overall success will depend on each element of its building being completed to deadline and the highest specification. Although not a ‘headline’ aspect of the redevelopment, the successful implementation of an access road was absolutely crucial to ensuring works continued to schedule and in safety. Mastic Asphalt, in the hands of BriggsAmasco, one of the largest and most established contractors in the UK, proved itself the reliable, go-to material for a project that is transforming a much loved, near 100 year old architectural landmark into an awe inspiring 21st century social, commercial, domestic hub. 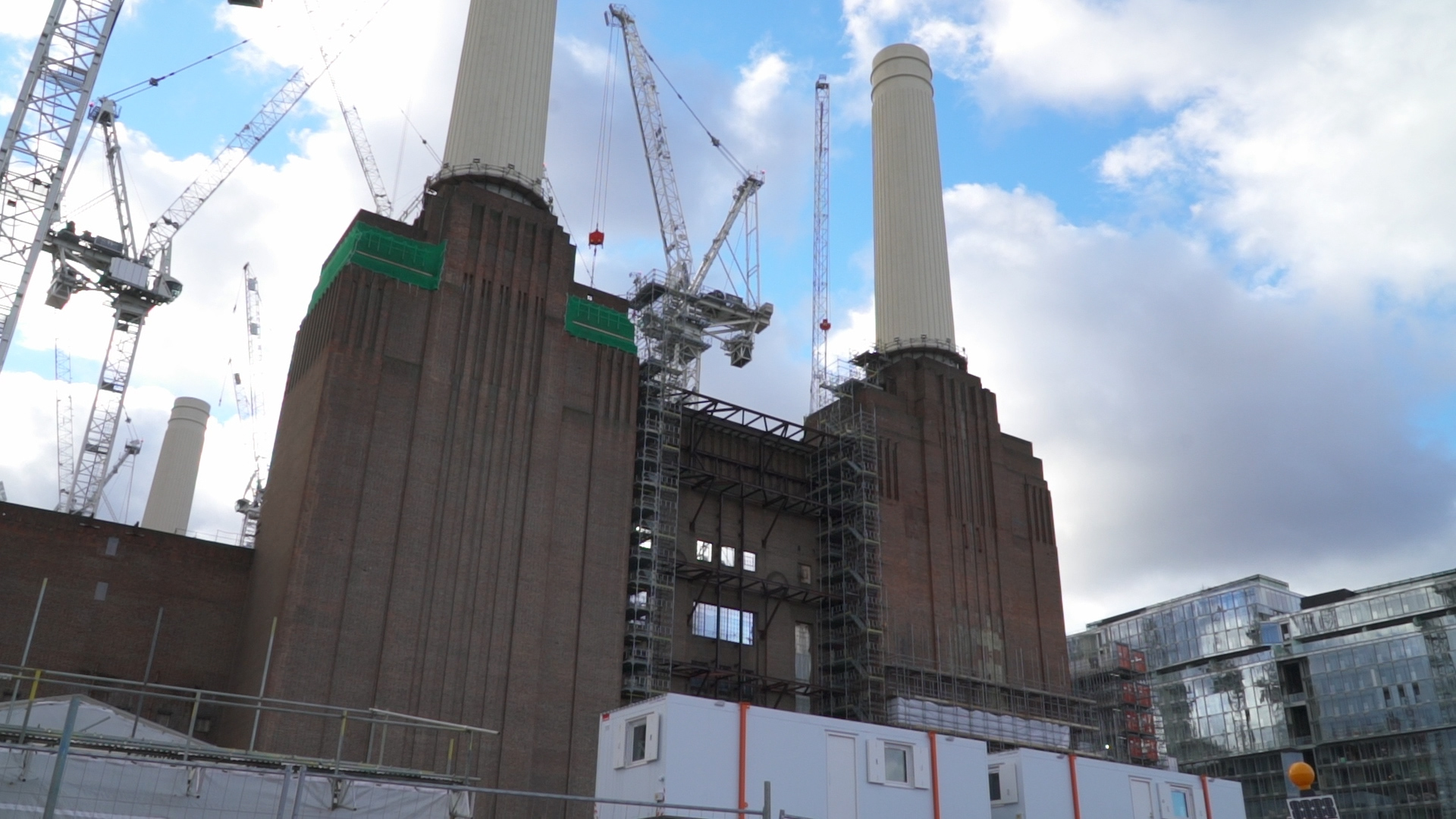 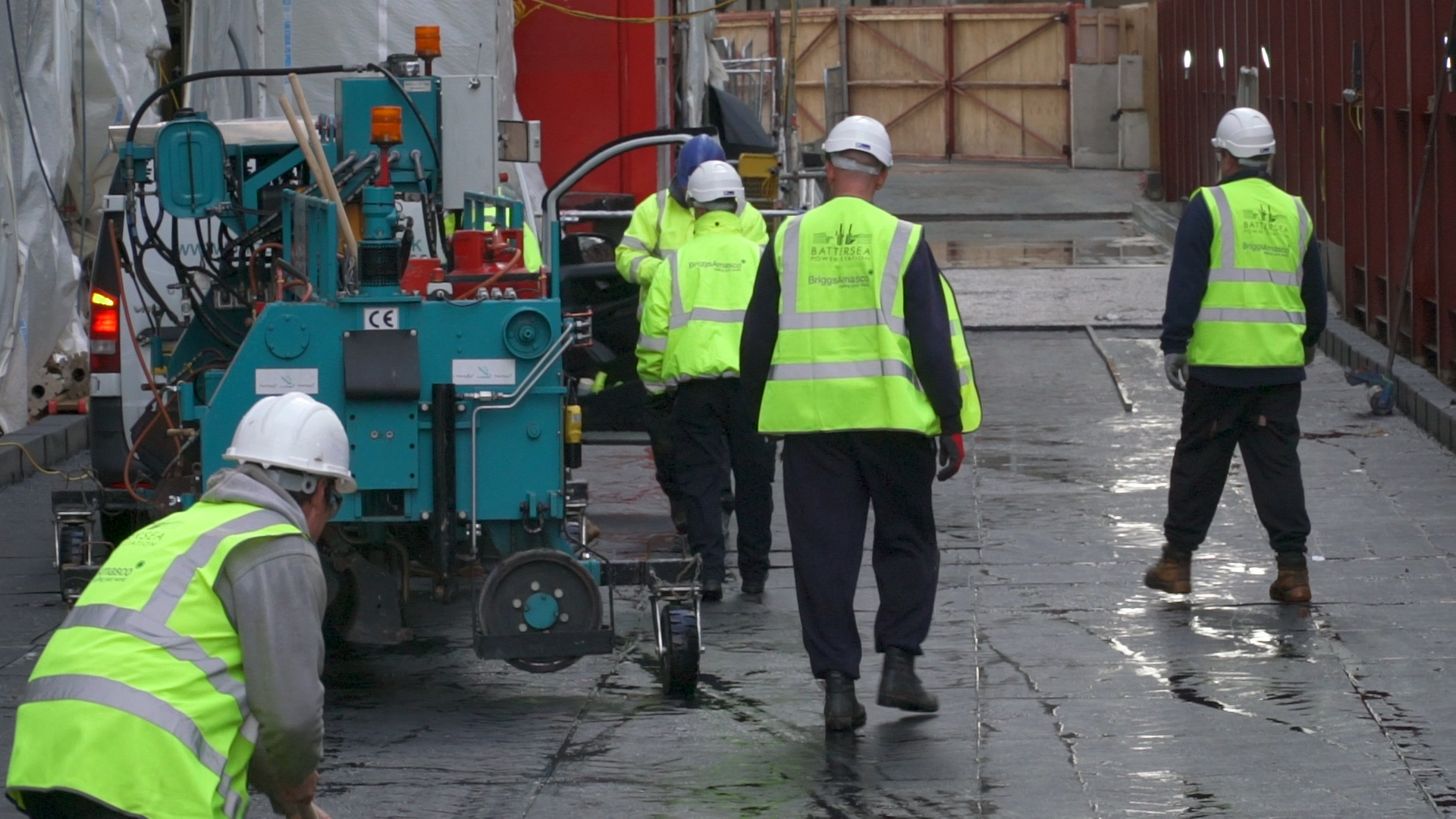 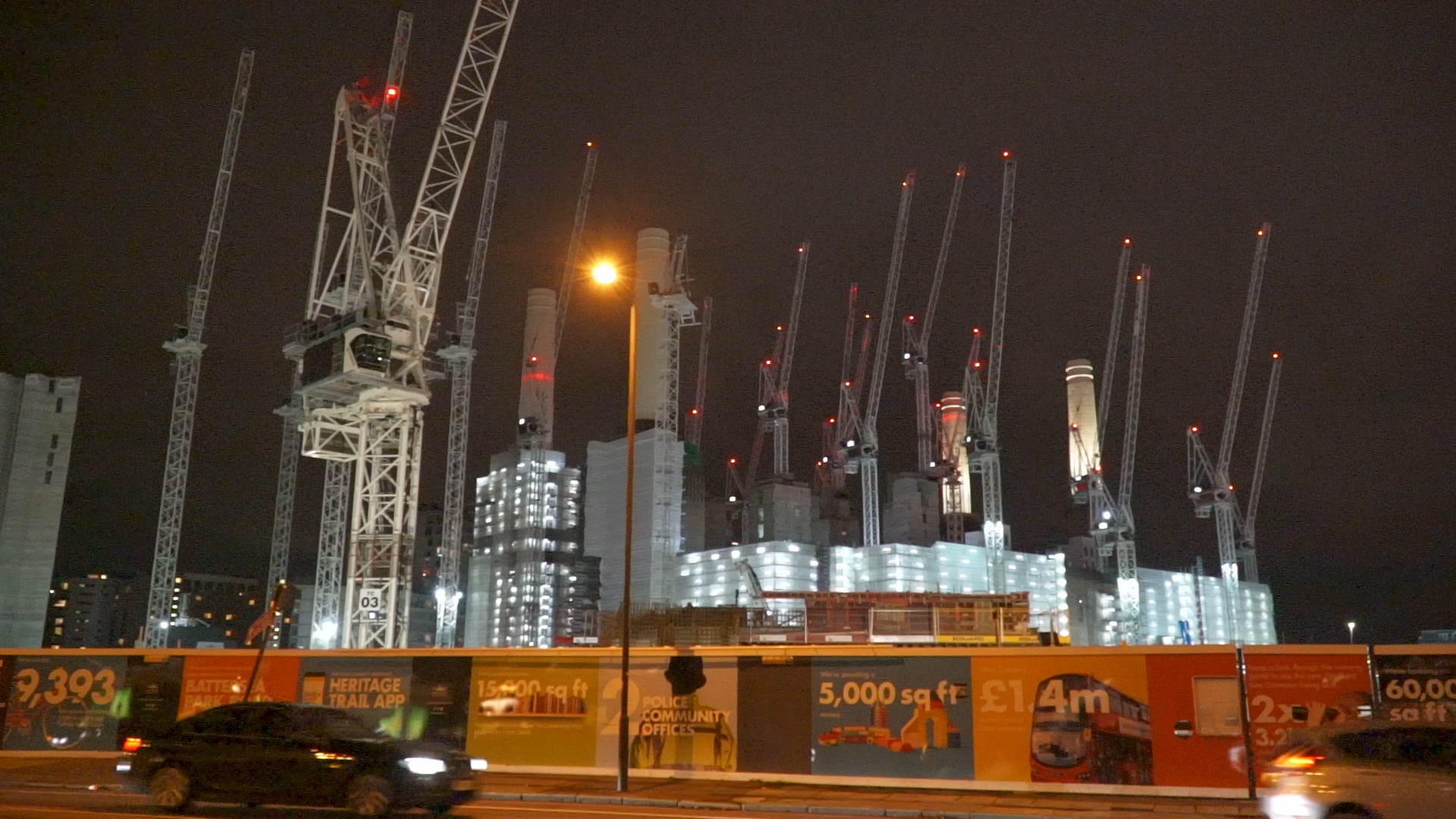