Tony Lawther, Assistant Managing Director, has donnated £1,000 to Demelza whilst attending the MAC awards on 10 June 2022.

“Demelza supports families who have children with a serious or terminal condition, throughout their time together. We help young people with complex needs to get the most from life, achieve ambitions, do new things, and we support their families to manage and thrive”. Their website can be found at www.demelza.org.uk

BriggsAmasco is supporting the Great Manchester Run & Leeds Canoe Challenge by donating to their JustGiving pages.

Abraham Moss project that BriggsAmasco is a part of delivering. On the 22nd of May, 7 members of the Laing O’Rourke, Expanded and Client construction team will be taking part in the Great Manchester Run. This to raise money for Local Charity Manchester Youth Zone. MYZ offers an essential service to the young people of the community we are constructing in and they rely heavily on fundraising and charitable donations to maintain their excellent work. Their JustGiving page can be found here.

On the 20th May 2022 , 30 staff from Wates’ Yorkshire and NE Construction and SES staff will participate in our TCV 125 Leeds Canoe challenge on the Leeds Aire Canal. The teams will canoe from Castleford to Leeds (10 miles). The finishing point will be at the Armouries, Leeds Dock at 4pm approx. The Conservation Volunteers (TCV) are Wates Charity partner for 2022. It’s the final year of this fantastic partnership which aims to support and inspire Wates employees who are supported by Wates Giving, the charitable programme run by the Wates Family Enterprise Trust. Wates will work with TCV to help raise funds in support of the charity’s vision of creating healthier and happier communities for everyone. It will also help TCV to extend its reach, to help transform more of Britain’s green spaces. Established as a national charity in 1959, TCV is an expert in leading volunteers in conservation activities, supporting people to create, protect and improve green spaces to benefit nature and the local community. TCVs conservation activities have always varied but its inclusive approach has remained consistent; as has its focus on bringing people and places together to create healthier and happier communities for everyone. Their JustGiving page can be found here.

BriggsAmasco earned a metaphorical ‘good deed’ badge after its maintenance division lent its waterproofing expertise to a local Scout group.

The team donated their time and materials to carry out a refurbishment of the 1st Surbiton Sealion Scouts’ hut. The building’s roof had fallen into a poor state of repair, and with a series of leaks threatening to interrupt the scouts’ weekly meetings, urgent action was required. In their haste to address the issue, the group turned to the local business community for help. When contacted, BriggsAmasco was more than happy to come to the scouts’ aid. Its maintenance team completed the roof’s repair outside of working hours, with their time and BriggsAmasco’s waterproofing materials, donated free of charge.

Dave Maginnis, BriggsAmasco Managing Director, said: “This was a fabulous little project to be involved with, as it aligned to our culture of supporting worthy community causes when and where possible. I’d like to thank our maintenance team for the hut’s waterproof repair in a professional and timely manner. We hope the scouts will be able to continue their fantastic activities, safe in the knowledge their HQ is now fully-protected against the elements.”

In penning a note of thanks to BriggsAmasco for its intervention, Pippa Taylor, Group Chair of 1st Surbiton Sealion Scouts, said it was ‘an incredible act of kindness for a local charity. Thank you’. 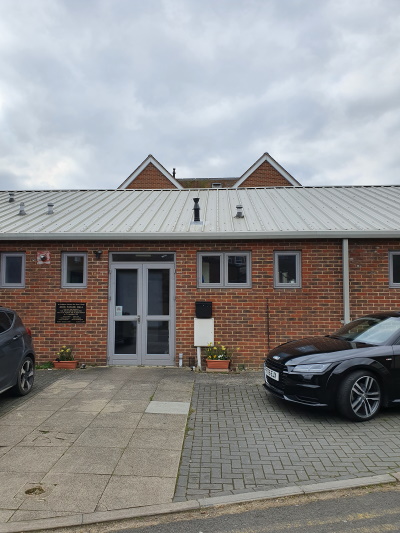 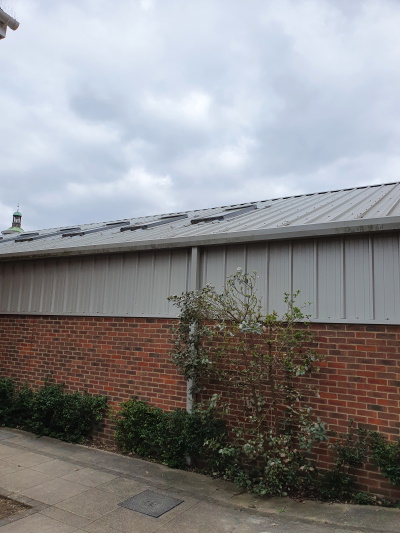 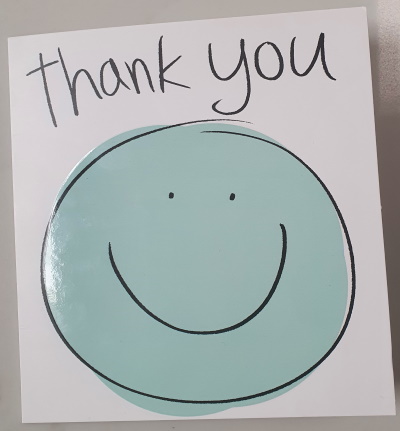 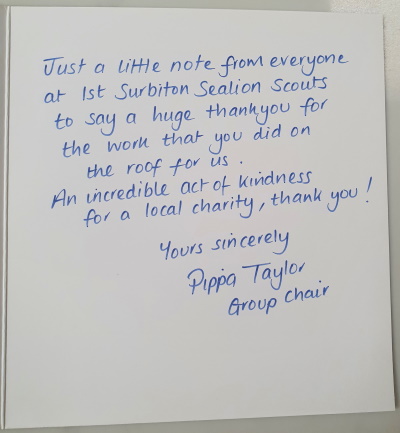 The team at 145 City Road stepped into the fore when St Monica’s primary school requested help to get their Eco classroom ready for winter. The school is fortunate to have a green space including a pond and seated areas for children to learn in. They have a compost bin and wanted to rear chickens but have a resident fox which gets into the compost and would be a hazard to chickens. The team designed a fox-proof foundation for a chicken coop with assistance from subcontractors Briggs Amasco and DGP Logistics and created a fox-proof lid for the compost bin. The team of five volunteers cleared two skips of waste and shrubbery from the garden in only five hours.

For added sustainability value the team used waste paving stones from the site to make the chicken coop foundation and waste timber from site for the compost lid. What worked well about this volunteering was the team’s ability to work around meetings at the office – with a couple of team members popping back for meetings and returning to finish the volunteering task. The project could not have been achieved without the enthusiasm and support of personnel from subcontractors Dhesi Logistics and Briggs Amasco.

The McAlister team was born from the ashes of the u7 Dutch FC Lions when the Dutch Football Academy closed its doors at the end of the season in 2016. Four boys from the u7 Dutch Lions moved to Old Wilsonians Junior FC during the summer of 2016 and the u8 McAlister team was formed. With the addition of one more school friend and two boys from their closest rivals, Coney Hall they stormed the u8 season (unbeaten between September and December 2016) and finished 6th out of 52 teams in the Spring Cup.

Moving into u9’s during the summer of 2017, playing with a bigger team on a bigger pitch (7v7) and with longer matches, reinforcements were required and during the summer transfer window four fantastic additions were made to the team. During summer tournaments, the Macs made it to the final of one tournament and have continued their fantastic run by winning their first three games in the Tandridge League to date. Based in Hayes, Bromley most of the boys are local but with a few coming from wider afield, Farnborough, Groves Park and Croydon. The team has widespread heritages, including, England, Scotland, Spain, Turkey, Indian, Jamaican, Nigerian, American, Portuguese and Ukrainian, the boys really encapsulate a true global diversity.

With four boys training with Crystal Palace Elite Players/Teams, one with Arsenal Elite Players and three boys also playing with APD Elite u9’s the team is highly skillful, team orientated and are simply a joy to watch week in, week out. Besides playing great football, they are really striving to build an environment where the players have fun, develop as players and most importantly develop into respectful, humble, confident young people.

The Old Wilsonians club was formed in 1888 with members still joining from Wilsons School in Wallington, Surrey and with the club based in Hayes, Kent.

Briggs Amasco are proud to be able to sponsor such a diverse forward thinking team.